FROM MOTOWN TO MEMPHIS 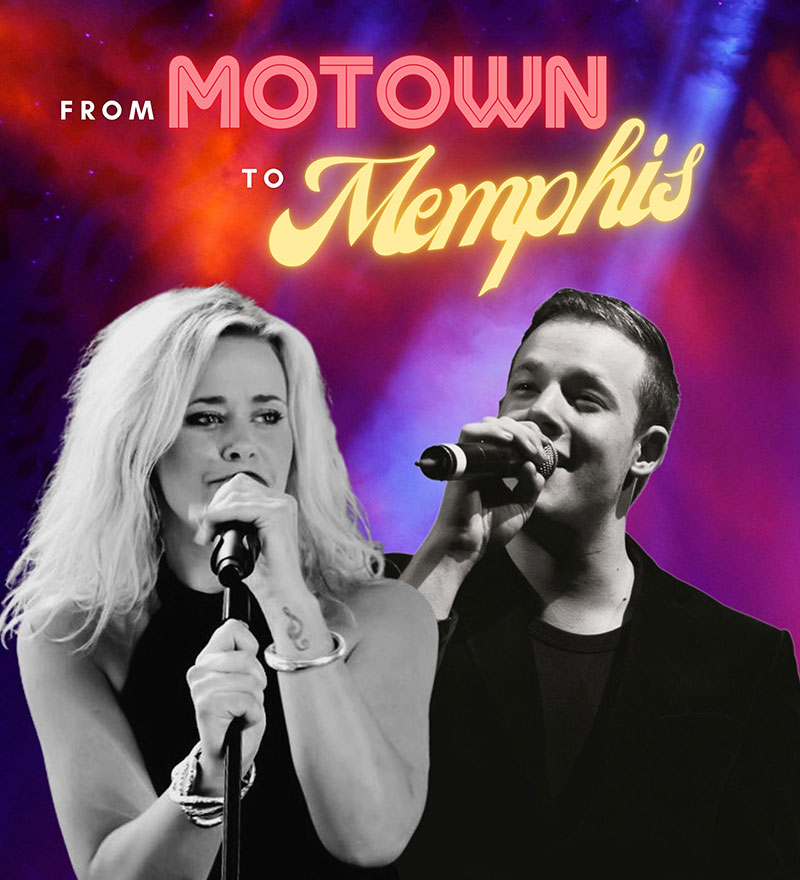 A celebration of some of the greatest songs of all time!

Platinum Selling Young Diva Kate Dearaugo & International chart sensation Greg Gould are a "knockout" in this critically acclaimed smash hit show From Motown to Memphis - a celebration of some of the greatest songs of all time!

After a sell out season in 2019, Australia’s Got Talent Runner Up, Greg Gould is back by popular demand bringing along with him one of Australia's finest female vocalists in this “stage-shaking” production that transports you through the music that shaped the industry! Gould has toured the world with his infectious energy and incredible vocals with a #1 album under his belt and over 20 million views of his groundbreaking music videos.

After winning Australian Idol Kate has had incredible success as both a solo artist topping the charts and touring to sold out shows across the country and being a founding member of the hugely successful girl group Young Divas!

Strap yourself in as two powerhouse voices perform all the hits including Chain Of Fools, Suspicious Minds, Ain’t No Mountain High Enough, Pretty Woman, Son Of A Preacherman, Superstition, Midnight Train To Georgia, Will You Still Love Me Tomorrow, I Want You Back and Proud Mary!

For the hottest ticket in town, jump on board with Greg, Kate & their rockin’ band for this not-to-be-missed concert experience!

No performance available for FROM MOTOWN TO MEMPHIS

Book your tickets for FROM MOTOWN TO MEMPHIS

Book your tickets for FROM MOTOWN TO MEMPHIS