Back to events
Comedy 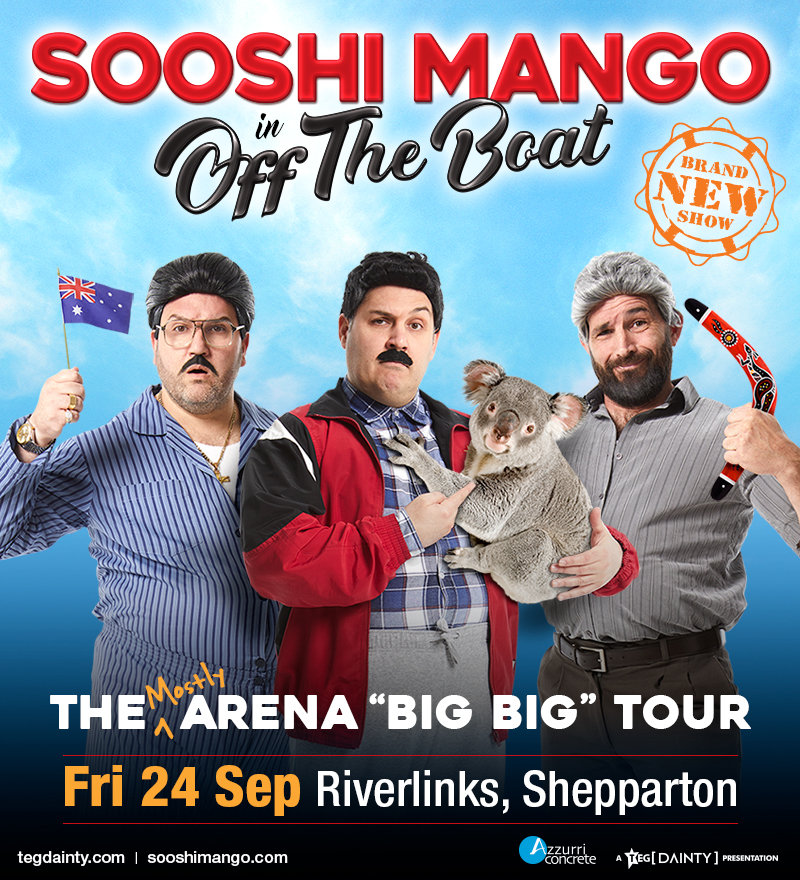 Sooshi Mango are an Australian comedy troupe made up of brothers Joe and Carlo Salanitri and their close friend Andrew Manfre.After a completely sold-out 2019 tour, the outrageously funny Sooshi Mango are back with a brand-new live show! Sooshi Mango: OFF THE BOAT will hit the Riverlinks Eastbank stage.

New dates have been added nationally to cater for huge demand and, in a huge feat, the group will be the first-ever Australian comedy act to do multiple shows at Melbourne’s Rod Laver Arena.

Sooshi Mango are an Australian comedy troupe made up of brothers Joe and Carlo Salanitri and their close friend Andrew Manfre. The trio’s rise in Australian comedy has been nothing short of meteoric, with their viral online videos amassing over 120 million views and counting. Their characters — most notably ethnic mums and dads — have made their way from video skits in their parents' garages, to television screens across the country and stages around the world.

Sooshi Mango’s humour transcends cultures and borders, and their content is wildly popular with people of all backgrounds. Proud Italian Australians, their comedy is inspired by their parents and the older generation and they are happy to be able to shine a light on their heritage.

The Melbourne boys, who have taken the internet and the world by storm, are set to bring the house down once more with their all-new two-hour show comprising of trademark skits and hilarious musical numbers. Don’t miss your chance to experience one of Australia’s funniest comedy acts live on stage!

No performance available for SOOSHI MANGO

Book your tickets for SOOSHI MANGO

Book your tickets for SOOSHI MANGO