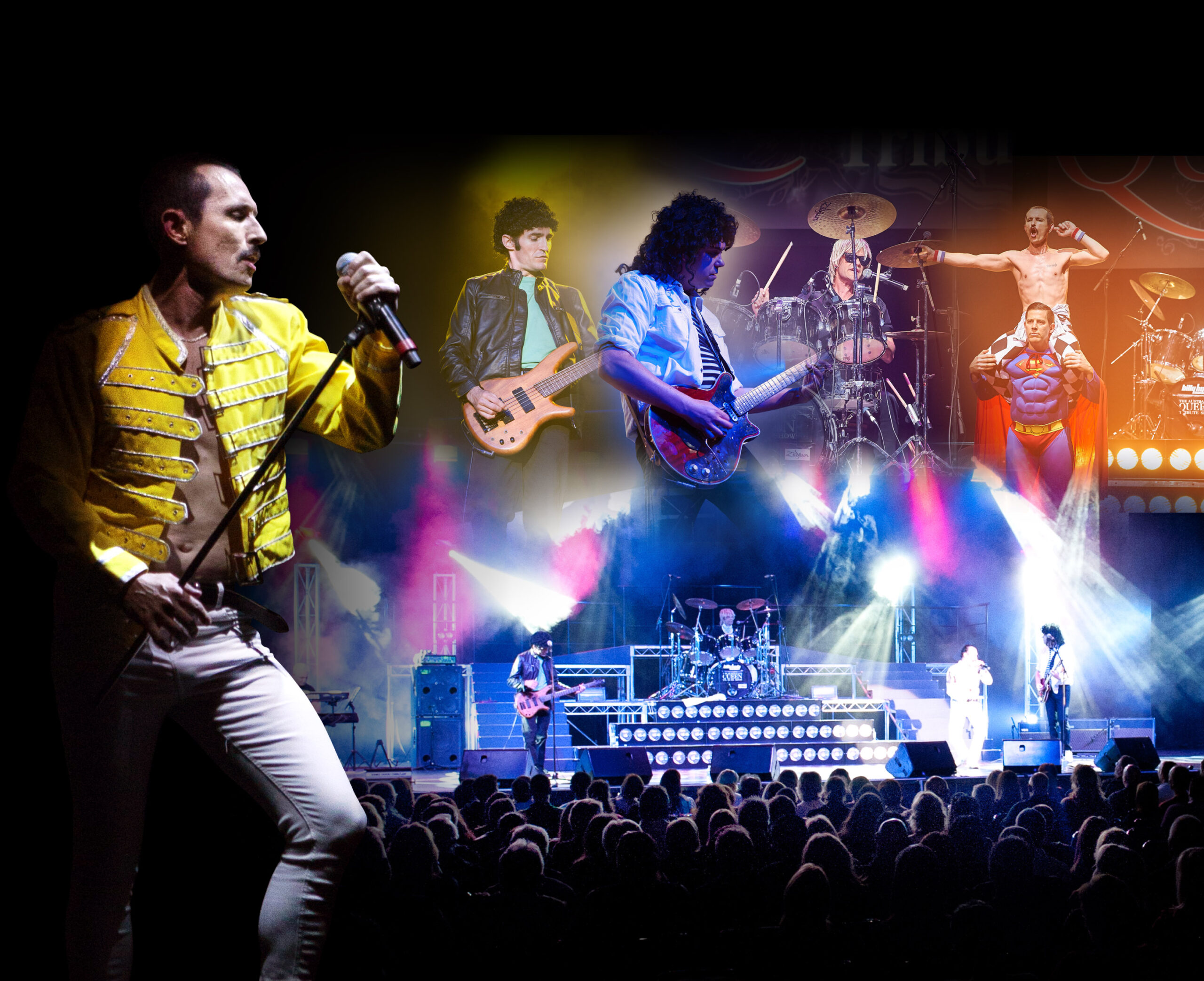 In the wise words of Freddie Mercury and Queen…. THE SHOW MUST GO ON!

Queen Forever present a highly entertaining evening paying tribute to one of the top rock bands of all time – Queen and its legendary frontman, Freddie Mercury.

Queen Forever is regarded as the world’s most entertaining Queen show due to the skilful and hilarious impersonation of Freddie Mercury by the incomparable Gareth Hill.

Queen Forever look and sound like Queen and will take you back to the glory days of the 1970s and 80s when Queen rocked the world with their classic rock anthems. With authentic costumes, a lavish production that features video clips and a superb band of musicians, this very popular show generates an audience atmosphere that has to be seen to be believed. You will feel like you’re at a real Queen concert at Wembley Stadium.

You’ll hear all the hits including ‘You’re My Best Friend’, ‘Crazy Little Thing Called Love’, ‘Radio GaGa’, We Will Rock You, We Are The Champions, Another One Bites The Dust, Fat Bottomed Girls, Don’t Stop Me Now, Somebody to Love, Killer Queen and of course Bohemian Rhapsody. A night of classic rock anthems.